Understanding the Principles and Features of Abacus

To use the device, the beads need to be moved up and down so that they can represent the respective number that you wish to display. By moving the beads in different columns, you will be able to come up with a whole number of many digits, depending on the abacus. Numbers can be represented in many different ways using the abacus. Using the Abacus for calculation is very easy and straightforward. All you have to do is add more beads to increase the count or reduce the number of beads, depending on the type of calculation that you have in mind. Upon reading the final number displayed, you will be able to understand how simple it was to arrive at the solution.

When compared to conventional methods of calculation, the abacus stands out as being more accurate as well as efficient concerning the time taken. Complicated mathematical problems can also be approached using this device, but it is not as simple as basic mathematics unless proper training and guidance are provided.

The children who use the abacus for mathematical calculations have been noted to arrive at the proper solutions for problems in less than half the time that conventional mathematical methods use, and also in a much calmer and smoother manner. The device uses simple and straightforward principles that do not confuse students. It allows them to stick to their methods. Therefore, the abacus has become an extremely popular device that is now used around the world for education and recreational learning.
How to Use an Abacus?

As the origins of this device are still not very clear, it is not easy to which abacus is authentic and which is a derivative. However, different types of abacus have gained popularity in different regions and for different reasons. These days, there are a few that are most commonly used, the most popular among them being the Chinese abacus known as the Suanpan. 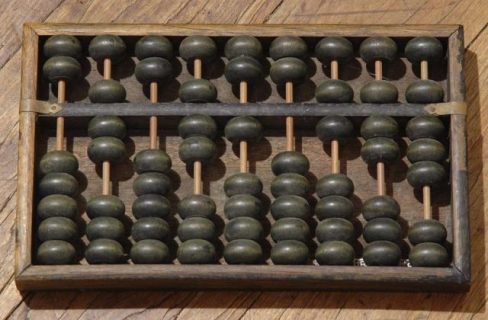 This type of abacus has an odd number of rows, ranging anywhere between 7 and 13 and is used to accommodate different types of simple and complex calculations. By far, this is one of the most popular types of abacus that are being used across the world. The simplicity and ease of understanding play a major role in the achievement of its popularity. In this type, the columns are designed such that each has two upper beads (that represent five and ten) and five lower beads (representing the numbers one to five). There is a bar that goes through the centre of the device and separates the upper set of beads from the lower. The upper beads are called quinary whereas the lower beads are called unary beads. Whenever the beads are pushed towards the centre, they are said to be activated which means that for the particular calculation that is taking place, the beads that have been displaced are in participation. 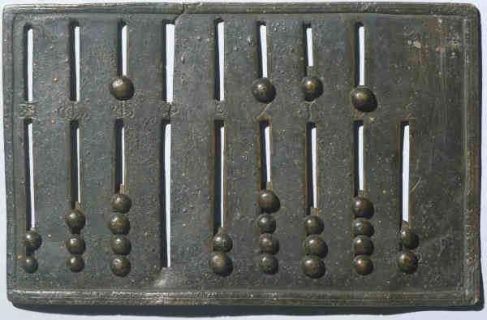 The Romans invented their forms of the abacus – an easier way of using the abacus – and facilitated their use of the tool to enhance their calculations for trade. This device does not exactly look like the Chinese Abacus, but instead it is a rather larger version using a table made of stone (Calculi) that have movable stones which can be slid up and down, in its most basic form. There are three types of abacus invented by the Romans: the Line Abacus, the Dust Abacus and the Grooved Abacus. Roman numerals are the basis of using these kinds of the abacus.

In the case of the Roman kinds of the abacus, they have seven long grooves and seven short ones. The upper groove consists of a single bead which marks the place value for fives whereas the lower groove consists of four beads representing values ranging from 10s to millions. 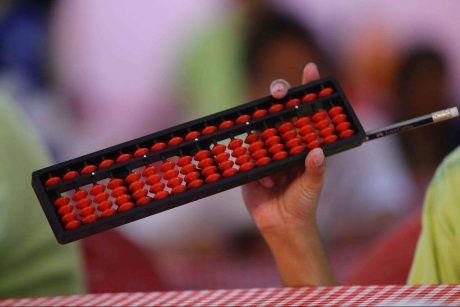 The Japanese have advanced the standard preexisting abacus to enable it as a more efficient problem-solving model. The operational method as well as the structure of the abacus has undergone advancements. Since 1920 the latest form of the Soroban abacus has been established and is considered to be an effective and efficient form of the abacus. We shall explore this kind of abacus in more depth further on.